The Northern Unitarian Association is over 170 years old! Here’s some more about our history.

The General Assembly of Unitarian and Free Christian Churches (the umbrella body for Unitarians in the UK) divides the UK up into 16 districts. Each district has an association, most of which formed in the 19th century, and which exist to promote Unitarianism in their district, and provide support for congregations within the district.

Unitarianism in the North 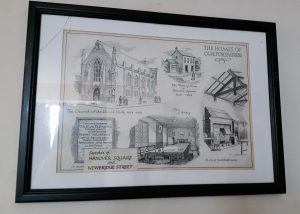 Some of the homes of the Newcastle Unitarian Church throughout the centuries.

The last of these closures took place in 1980 and the district continues to support the two remaining churches, and promote the growth of Unitarianism in the North wherever possible. We do not underestimate the challenges we face as we work to strengthen and grow the Unitarian presence in the North East but there is a great spirit of determination to succeed!