The Northern Unitarian Association is over 170 years old, but what is it and what does it do – and why should you join? 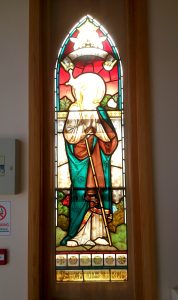 The General Assembly of Unitarian and Free Christian Churches (the umbrella body forUnitarians in the UK) divides the UK up into 16 districts. Each district has an association, most of which formed in the 19th century, and which exist to promote Unitarianism in their district, and provide support for congregations within the district.

Why do we have a Northern Unitarian Association? Our goals

The NUA exists to:

Recently the NUA held several discussions on its purpose, and the consensus was that the NUA should increasingly focus on supporting Unitarians in the Northern Region who have no local congregation, or are unable to get to one due to their personal circumstances. We will also provide information and support to anyone wanting to set up a Unitarian church or fellowship in the region.

Finally, the NUA is needed to administer the financial legacies of congregations within the district which have been wound up.

What area does it cover?

There is no formal map of the Northern Region, but it might perhaps be more accurately called the ‘North East Region’! It could be best said to cover the following counties: Northumberland, Tyne and Wear, County Durham, Darlington, Stockton-on-Tees, Middlesbrough, Hartlepool, and Redcar & Cleveland. It is bordered by the Scottish border to the North, Cumbria to the west (part of the “North & East Lancashire Unitarian Mission), and North Yorkshire to the south (part of the “Yorkshire Unitarian Union”). The nearest Unitarian church to the north is St Mark’s in Edinburgh, to the west it is Kendal, and to the south the nearest chapels are Whitby and York.

How does it work?

The decision-making body of the NUA is the Executive Committee, which meets at least twice a year in February and June. This consists of:

The Executive Committee is responsible to the Annual General Meeting of all NUA members, which happens in September or October each year at the NUA Weekend. In 2017, this will be held at Stockton on 7 October 2017. All NUA members, and non-members who are interested in the work of the NUA, are invited to attend.

How is the NUA financed?

It receives income from two trust funds set up after the sale of the former Sunderland and Carlisle Unitarian churches, from its investments and from individual and church subscriptions. This is enough to enable the NUA to pay for its delegate to the GA meetings and make grants for various purposes. Currently it helps young Unitarians in the north east to attend Unitarian Youth Programme events and gives annual grants to several Unitarian causes and occasional appeals. The District also contributed 1/3 of the cost of the recent Growth Initiative. Past practice has also been for the NUA to give stipend grants to any member church employing a minister.

Is it just the Newcastle and Stockton churches?

They are currently the only Unitarian churches in the northern region. There have been more previously; we may hope that there will be other northern Unitarian congregations in the future. The NUA is the association for all Unitarians in the Northern region, and we hope that in the future we will be able to focus more on supporting everyone, not only those who are church members.

Many thanks to Hazel Warhurst, David Warhurst, and Mike Tomlin for their help in writing this article.